WARNING! THIS MAY CONTAIN SPOILERS! READ ON AT YOUR OWN RISK!!!

Anyway, hi everyone! I wasn’t nominated for this, it just seemed like fun! I learned about from Sam, so thank you, Sam! (Sam did say that if anyone wanted to do it, they could, so…) 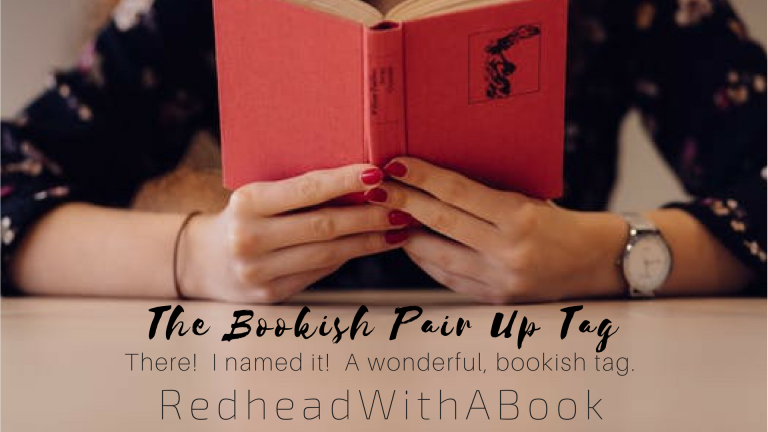 Here’s what you get to do:

Write down 30 fictional book characters from a variety of books/series. Then place them in a bowl or something and, without peeking, take 2 out at a time. 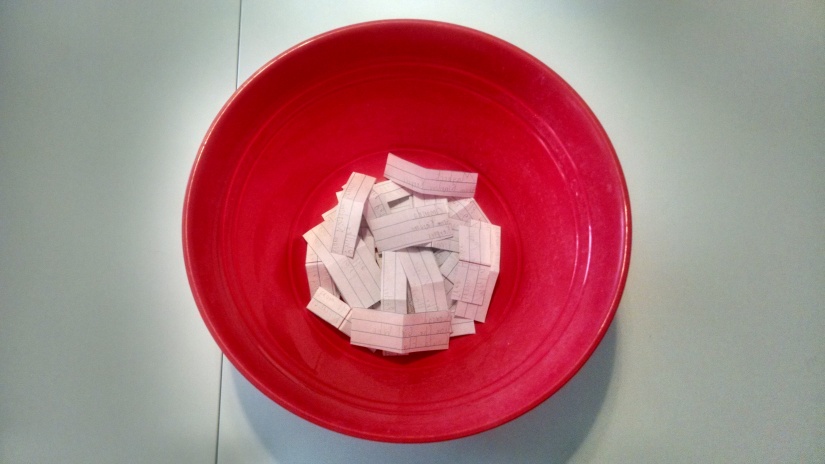 Then you answer the questions! Let’s get started!

You have one more spot on your spelling team. Who gets it? 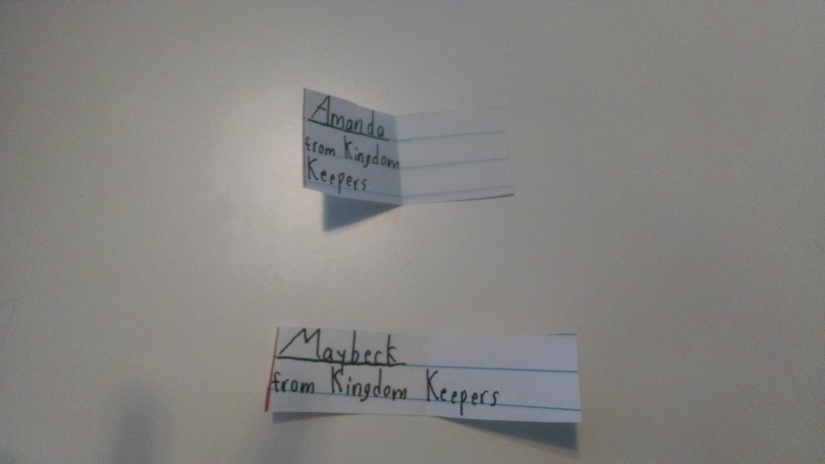 I have to say Amanda. She has Farlie powers, after all! (I don’t know what they are, though. I’m in the middle of the second book. 😉) Plus Maybeck is kinda grouchy, if you know what I mean.

Both characters want to kill you. Who do you kill first to have a better chance at survival? 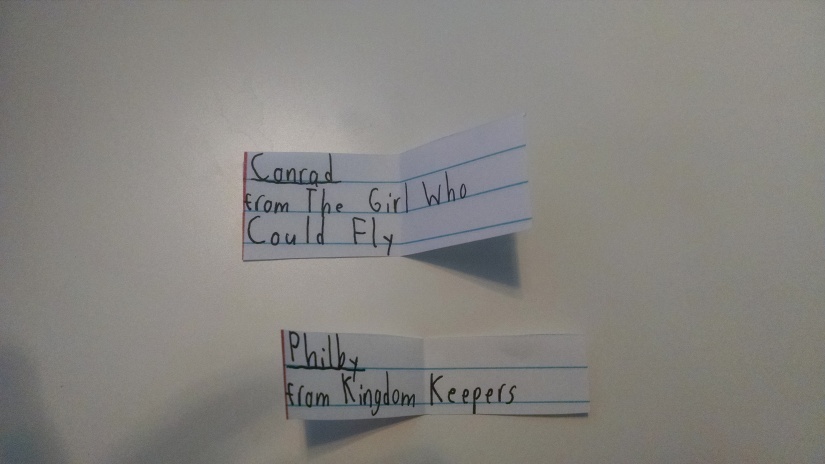 Conrad! His ability is being super smart, after all. Not saying that Philby’s not smart, because he is! Conrad’s just smarter. And tougher.

You’ve been chosen for the hunger games. Which character would most likely volunteer in your place? 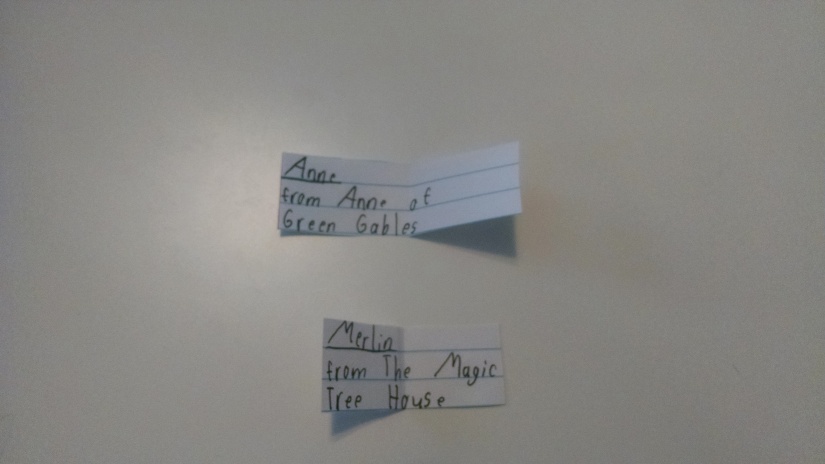 Probably Merlin. He’s nice and he just might win because of his magic. (I’ve never read the Hunger Games, so I know almost nothing about it. Heh heh…)

You are the next Marvel superhero. Who is your sidekick? 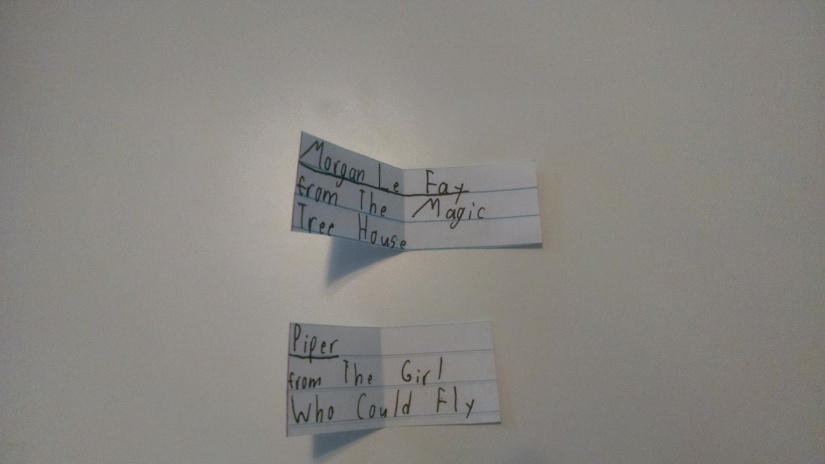 Piper, since she can fly. She’s also optimistic! And not old! (I’m looking at you, Morgan Le Fay! 😜)

You are stranded on a deserted island and must engage in cannibalism to survive. Whom do you eat? 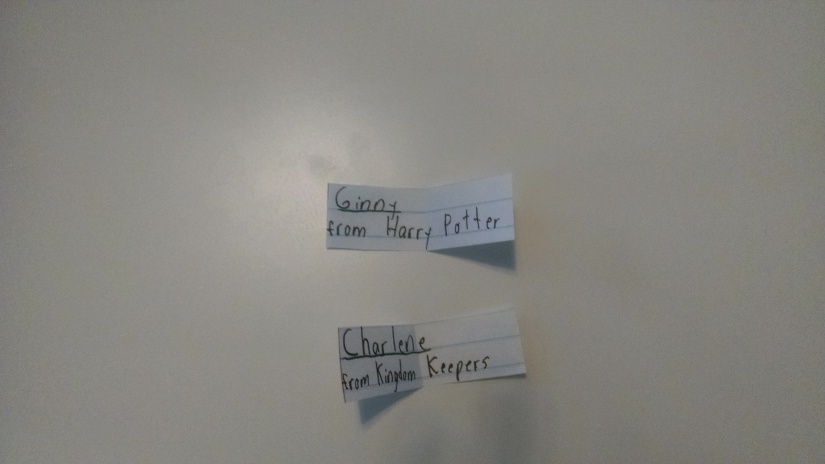 Definitely Charlene! Ginny may be able to use magic to get us off the island!

You are the manager of an avocado company. Who would you fire for poor communication skills? 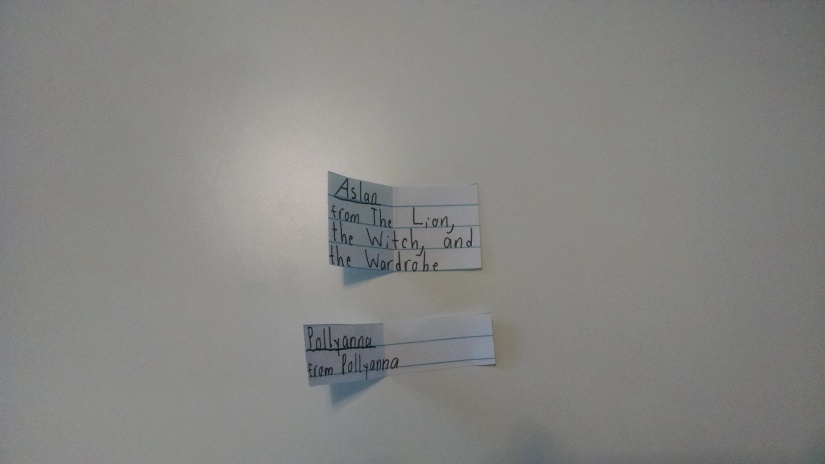 Aslan, because Pollyanna is so cheerful! Also, Aslan is a lion! Need I explain?

BUT DOWN WITH AVOCADOS!! 😜

You’ve just finished a book in which your favorite character dies. Which character would be most likely to comfort you? 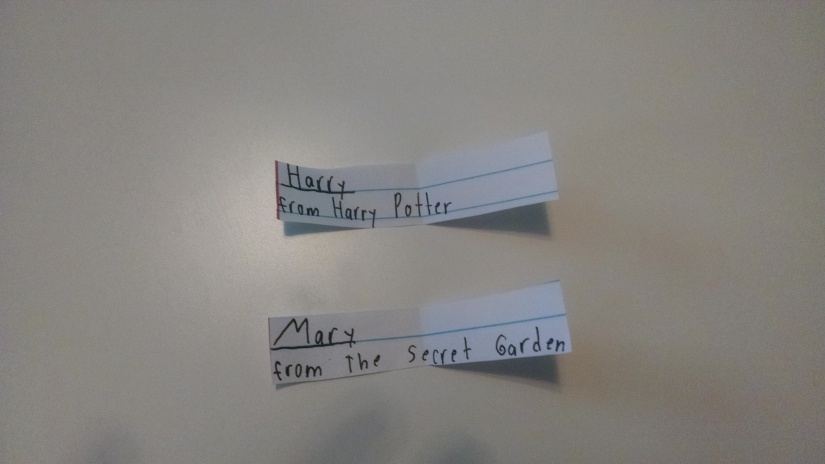 Harry! He’s a really good friend, plus maybe he can use magic to make me forget! (Is that asking too much? 😂)

Your birthday has finally arrived! Who would have the nerve to forget? 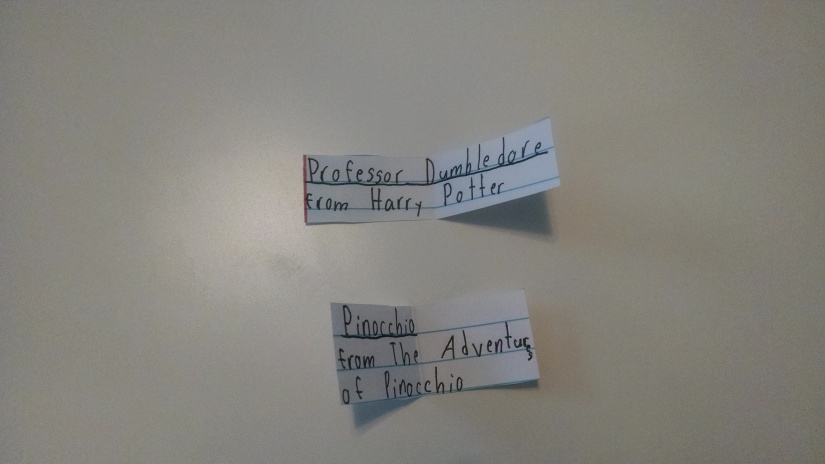 Pinnochio. Professor Dumbledore is too nice!

You have just found an upcoming YouTube star. Who is it more likely to be? 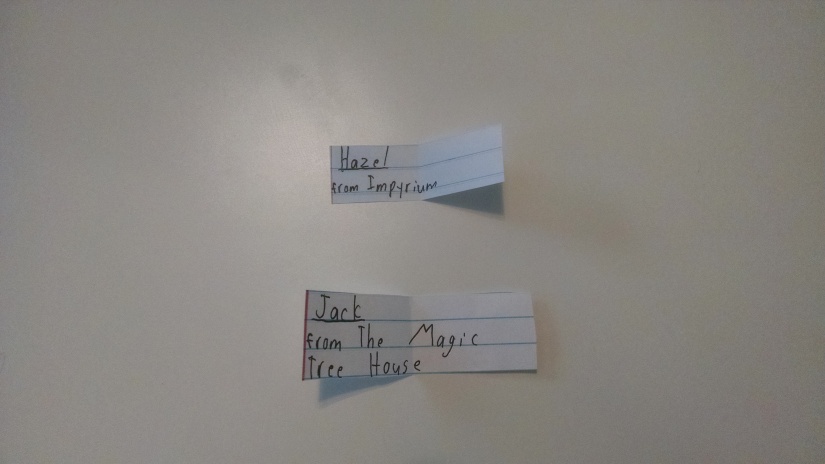 Hazel! Jack would be too busy with his and Annie’s missions. Plus Hazel would need something to do since she’s the third in line for the throne. She could wow everyone with her magic!

You can only invite one person to your sleepover. Who would it be? 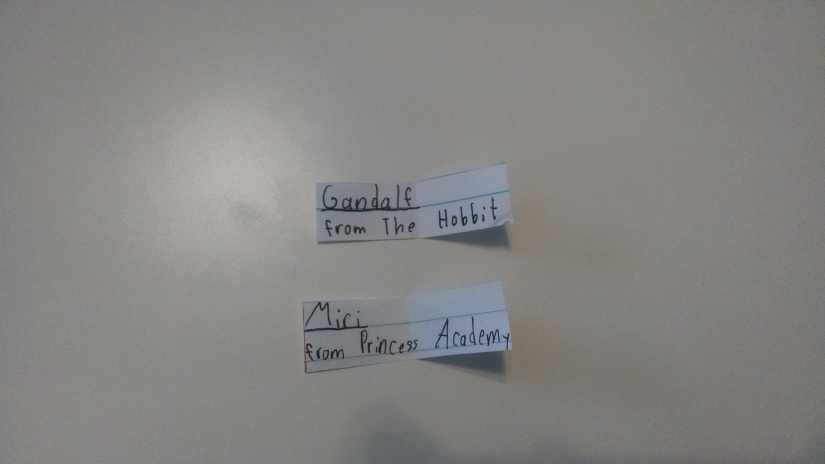 Miri. I don’t want an old guy at my sleepover!! And Miri could tell me all about the princess academy and the ball! 😀

You have just woken up and it is time for breakfast. Your mom has been replaced by… who? 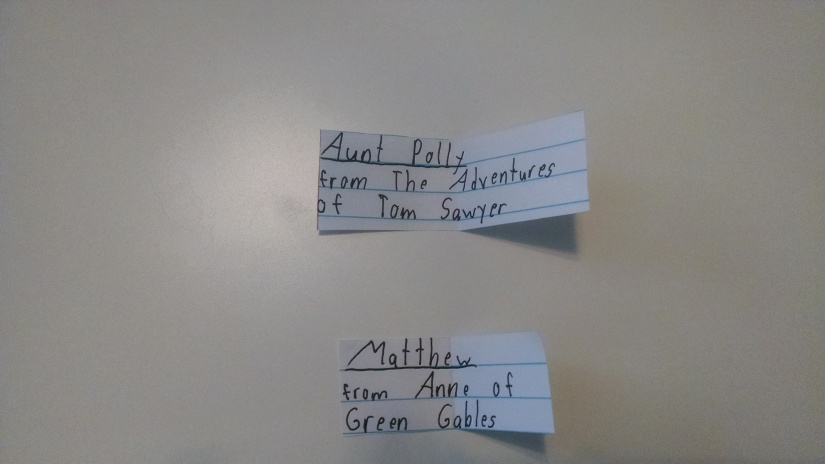 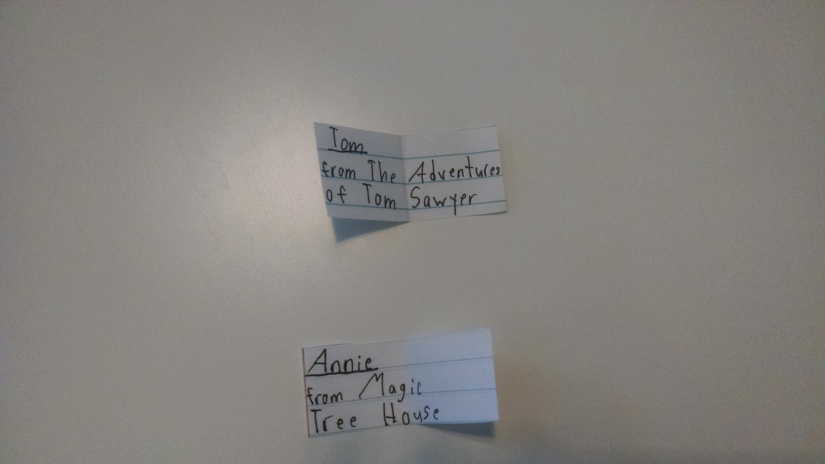 You have just written a super important text. Who would have the nerve not to reply? 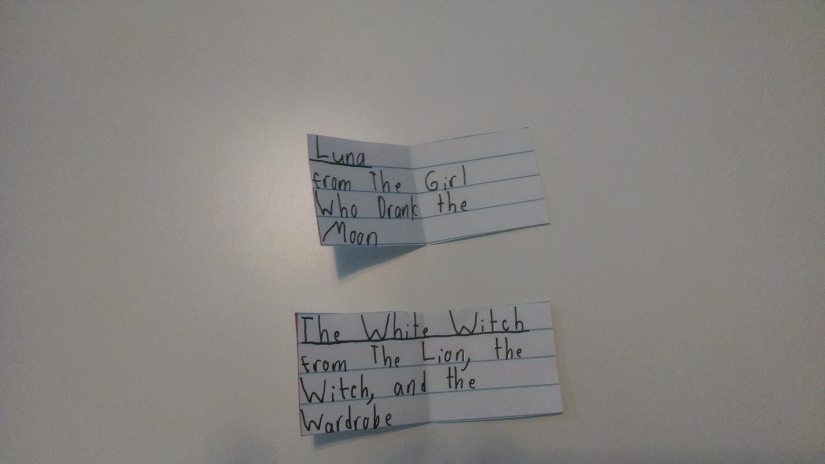 The White Witch, definitely. She’s EVIL, after all! But why would she be on my text list…?

You’re on the Bachelor/Bachelorette and down to two characters. Who gets your rose? 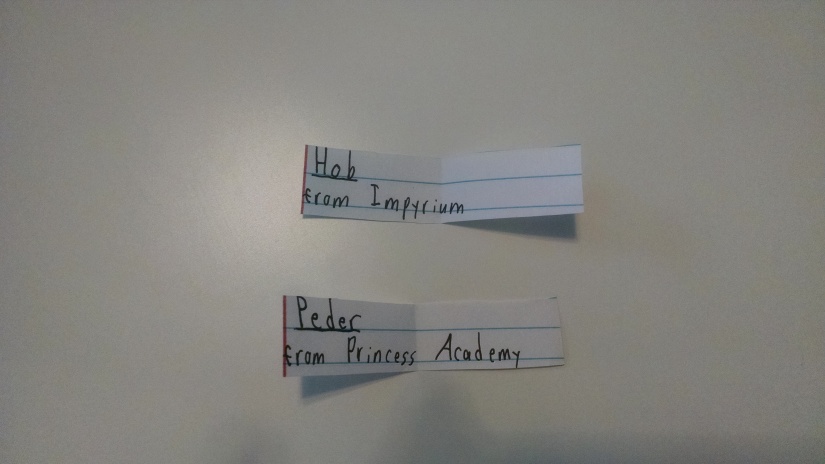 I nominate anyone who wants to do this!

Have you read any of the books my characters were from? Which ones? Do you agree or disagree with my answers? Why? Tell me in the comments! 👇 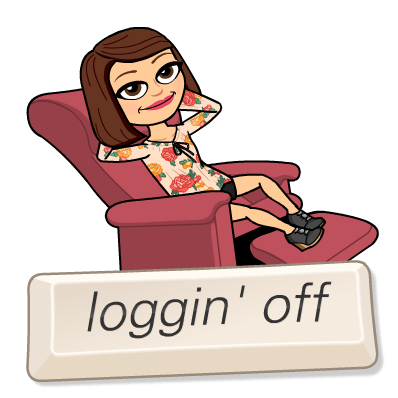 P.S. The characters who were never chosen: 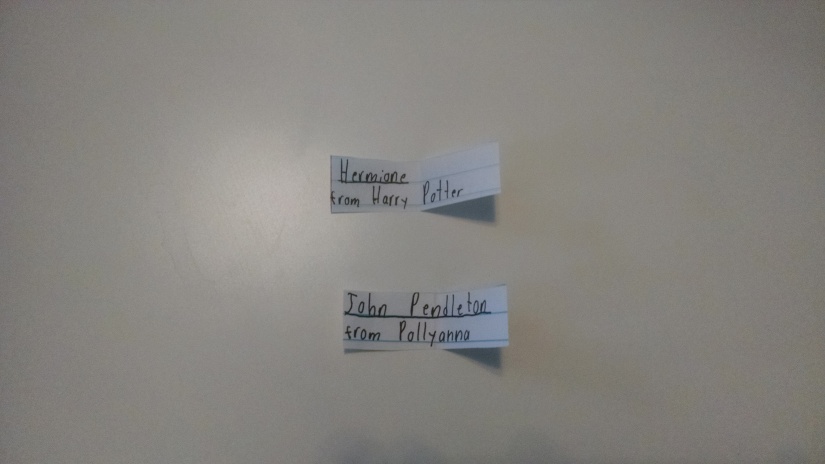 If you can think up questions for them I’ll answer them!

12 thoughts on “The Bookish Pair Up Tag”